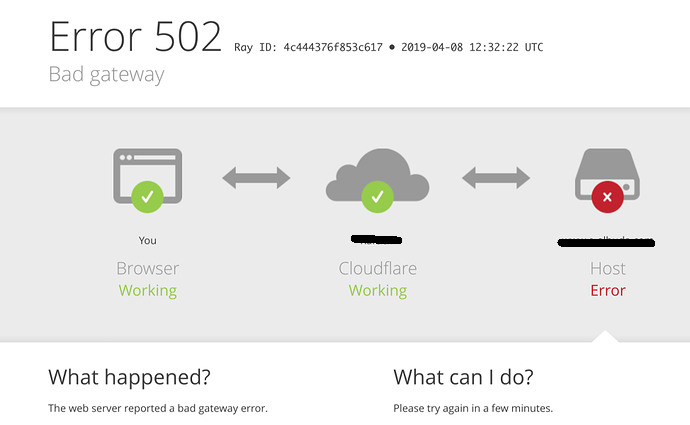 You can see an alternative of response from Cloudfare where the communication doesn’t reach the server instead Cloudfare takes the responsibility to return the error. You can see a message stating “Cloudflare-nginx” it states that Cloudfare is instructing you. It’s an error message right!

How can you confirm the 502 error appearance?

Based on the server, the 502 error gateway appears differently. The website has the advantage to customize this error.

Domain name problems: Usually, the IP address has a neat format of getting points from the domain name. In some cases, it may point to the wrong IP address. This time, the propagation of DNS is delayed to make changes in the settings of DNS. The entire time is depending upon the DNS TTL which is said as defined per record takes more than 2 to 3 days.

Blocks of firewall: There is a serious wavelength between server origin and server edges. A firewall interrupts between these two servers which are forced by the CMS security settings. Sometimes, the server is not responded because the firewall acts as the interface to block certain things and takes a step on mitigation process and DDOS protection.

Server down: There should be proper communication in-between the server. If it fails to communicate then 502 bad gateways may exist. If any of your servers don’t reach the origin server it may result in the server down at any cause.

The solution to moving out from 502 bad gateway errors:

Now, you have received an error called “502 bad gateway”! What is your next step?

Step 1: Go to zone management and then check on your IP address. Tap on the setting option to cross-check the given IP address is mentioned correctly.

Step 2: If you find its wrong then go to pull zone configuration for updating the origin server which helps you to work on a new IP address immediately.

Step 3: Make sure that the zone cache is cleared out in meantime. This is the best solution for fixing 502 bad gateways.

As said before all your servers should reach properly. Try out using trace-route and ping-test for testing the server is ready to reach or not.

You can confirm the given IP address is correct or not. If it’s correct your next step should be to check the rules of the firewall fully.

There are three types of checks for getting 502 bad gateways! But it’s easy to tackle the situation at any cause. Don’t leave out your hope to fix the solution for 502 errors.